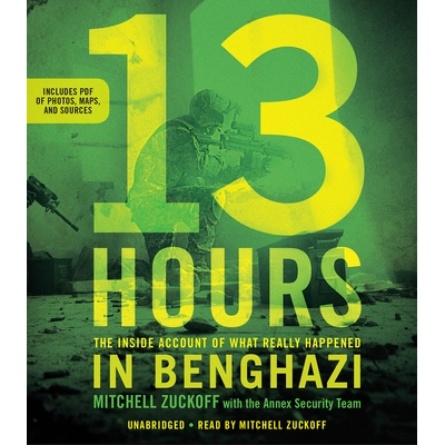 13 HOURS sets the record straight on what happened during a night that has been shrouded in mystery and controversy. Written by New York Times bestselling author Mitchell Zuckoff, this riveting book takes readers into the action-packed story of heroes who laid their lives on the line for one another, for their countrymen, and for their country.

13 HOURS is a stunning, eye-opening, and intense book--but most importantly, it is the truth. The story of what happened to these men--and what they accomplished--is unforgettable.

A crisply written, gripping narrative of the events of the battle in Benghazi that adds considerable detail to the public record of what happened there...[an] authoritative account."—The Wall Street Journal