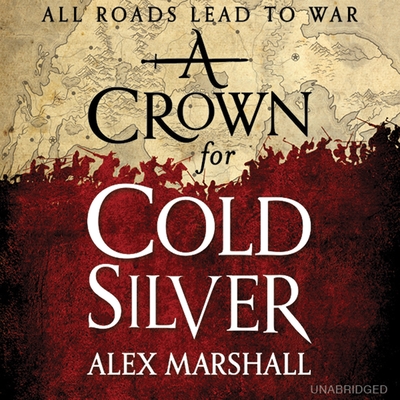 "An epic fantasy that will surprise you. When was the last time you read one of those? Marshall deftly sets up and subverts expectations at every turn. If you think you know what's coming, think again."—Kameron Hurley
"Exceptional writing, middle-aged warrior heroine, and organically infused gender nonconformity make this fantasy epic a first-rate trailblazer... splendid storytelling, wry humor, and unresolved intrigue."—Publishers Weekly (Starred Review)
"Alex Marshall builds a sprawling world that grows larger and deeper with every page. Instantly believable. Zosia and her Five Villains are as fun as they are twisted."—David Dalglish
"This is my favorite kind of fantasy -- alternatively irreverent and brutal, with a cast of wonderfully scarred and nasty people. Any fans of Steven Erikson, Mark Lawrence, or Joe Abercrombie will love A Crown for Cold Silver; I've just finished it, and I'm already eager for more."—Django Wexler
"Brimming with imagination and invention... Fabulous!"—John Gwynne
"This brawny revenge fantasy feels like a Tarantino movie: a hugely entertaining mix of adventure and comedy, punctuated by moments of darkness, with clever dialogue and explosive set-pieces... A pure joy to read."—Booklist (Starred Review)