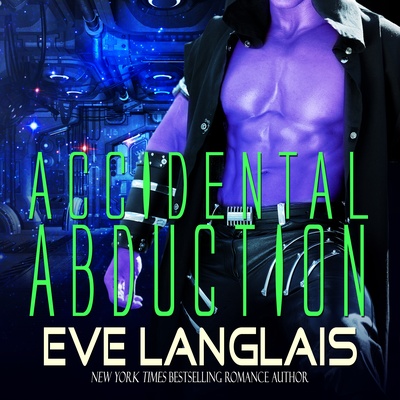 He didn't mean to abduct the human female, but now that he has her, should he kill her or take her as his mate? A boyfriend's attempted murder leaves ...

He didn't mean to abduct the human female, but now that he has her, should he kill her or take her as his mate?

A boyfriend's attempted murder leaves Megan floundering in the ocean. Sinking without hope, the bright light she sees in the night sky isn't her doorway to heaven, but rather the beginning of her accidental abduction by a space pirate. While thankful of his rescue, Megan stays true to form and just can't keep her mouth shut, even when he keeps threatening to kill her--or auction her off to the highest bidder.

Tren retired from his job as a mercenary so he could enjoy life, but he never counted on the boredom of normalcy. The acquisition of rare items has somewhat filled the void, but his accidental abduction of an outspoken earthling, turns his life upside down. Her fiery spirit draws him while at the same time drives him insane. Struggling with his urges, he must decide-- throttle her barbarian neck or ravish her?

Despite what his heart tries to tell him, he's determined to sell her to the highest bidder even as he seduces her body. However, despite his best intentions, he discovers he can't let her go. And when a foe from his past thinks to steal her, he'll do anything to get her back.