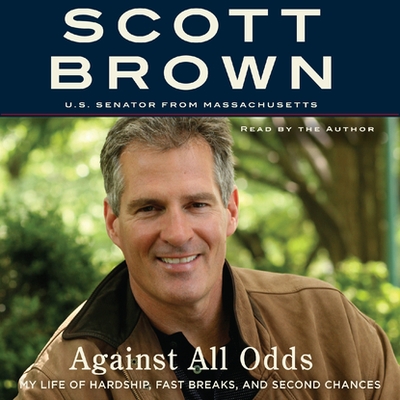 Scott Brown's greatest win did not occur when he came from behind to capture the U.S. Senate seat held by Ted Kennedy. It began when he survived a savage beating ...

Scott Brown's greatest win did not occur when he came from behind to capture the U.S. Senate seat held by Ted Kennedy. It began when he survived a savage beating at the drunken hands of a stepfather when he was barely six years old.

In this gripping memoir of resilience and redemption, Brown tells the story of his difficult life. For nearly two decades growing up, Brown endured innumerable hardships and challenges, even stealing food to eat. With clear-eyed conviction and unflinching candor, Brown tells of his own bad-boy days and of how he found a way out of familial chaos, winning a starting slot on the Tufts varsity basketball team. His rise from there was meteoric: a first-year law student and member of the Massachusetts National Guard, he was picked as Cosmopolitan magazine's “America's Sexiest Man" and was vaulted into the glamorous world of New York modeling. But he returned to Massachusetts to continue with his military and legal training, settle down, raise a family, and soon found an unlikely path that would lead him to national political stardom. Here, too, are the secrets from the unprecedented Senate race that captured the country's imagination and how Scott Brown won his remarkable victory. Poignant, heartfelt, humorous, and profound, here is the story of one man's dream and his determination to fight for a better future.