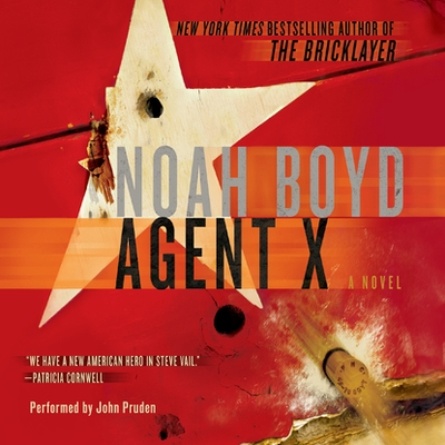 Ex-FBI agent Steve Vail navigates a maze of hidden codes and brain-teasing puzzles to stay hot on the trail of a band of Russian spies in this breathtaking follow-up to ...

Ex-FBI agent Steve Vail navigates a maze of hidden codes and brain-teasing puzzles to stay hot on the trail of a band of Russian spies in this breathtaking follow-up to his New York Times bestselling debut, The Bricklayer

FBI-agent-turned-bricklayer Steve Vail once helped the FBI solve a brilliant extortion plot. It was supposed to be a one-and-done deal. But when he's in Washington, D.C., to see Kate Bannon—an FBI assistant director—on what he thinks will be a romantic New Year's Eve date, suddenly things get complicated. The FBI has another unsolvable problem, and it has Vail's name written all over it.

A man known as Calculus, an officer at the Russian embassy, has approached the FBI claiming that he has a list of Americans who are selling confidential information to the Russian SVR. In exchange for the list, he is asking for a quarter of a million dollars for each traitor the FBI apprehends. But then Calculus informs the FBI that he has been swiftly recalled to Moscow, and the Bureau suspects the worst: the Russians have discovered what Calculus is up to, probably have access to his list, and will be hunting the traitors to kill them unless the FBI can find them first.

The FBI realizes that it has to keep the operation quiet. Once again, Vail is the perfect man, along with Kate Bannon, who would be anyone's first pick for help on an impossibly dangerous case. But finding the traitors isn't going to be easy. In fact, it's going to be downright deadly. And if the Bricklayer survives, he will have to come up with a few tricks of his own.

Agent X is a heart-pounding thrill ride with an authenticity only a writer who's an FBI veteran can provide, and Steve Vail—a man Patricia Cornwell calls a "new American hero"—is one of the smartest, toughest, and most compelling new characters to come along in many years.