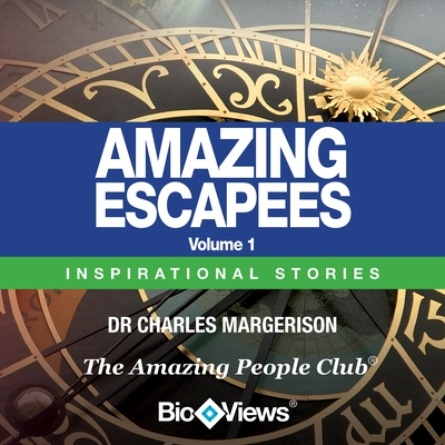 Henri Charrière attempted to escape from a penal colony in French Guiana nine times and was finally successful in 1941. Find out what happened! Mary Bryant was one of the first successful escapees from the fledgling Australian penal colony. Discover her amazing story. Hear about Rudolph Vrba's incredible escape from the Auschwitz concentration camp and his subsequent attempts to alert authorities about the atrocities there. Who can forget Bram van der Stok, the most decorated aviator in Dutch history, and one of only three men to escape from the German POW camp Stalag Luft III in "the Great Escape" of 1943.

Discover more about the lives of these and others in this unique collection of eStories from the Amazing People Club. Each story comes to life through BioViews® which are short biographical narratives, similar to interviews. These inspirational stories provide a new way of learning about amazing people who made major contributions and changed our world.