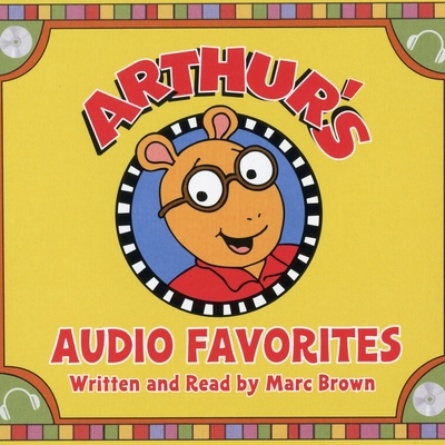 ARTHUR'S FIRST SLEEPOVER: What could top a sleepover in the backyard with Buster and the Brain? When rumors start that a spaceship has landed in the neighborhood the idea of camping under the stars takes on a whole new meaning. Arthur's sister D.W. is so sure that he will see an alien on his overnight that she gives him her camera. When they hear muffled footsteps approaching their tent and see strange flashes of light, it seems D.W. was right! Or was she?

ARTHUR'S TOOTH: Arthur, tired of being the only one in his class who still has all his baby teeth, waits impatiently for his loose tooth to fall out.

ARTHUR'S BIRTHDAY: Arthur's friends must decide which party to attend when Francine schedules her birthday party for the same day as Arthur's birthday party.

ARTHUR'S PET BUSINESS: Arthur's determination to prove he is responsible enough to have a puppy brings him a menagerie of animals to care for.

ARTHUR'S NEW PUPPY: Arthur is delighted when he finally gets his new puppy, Pal, but his "accidents" and all-night barking make life miserable for the entire family, until Arthur comes up with a solution.

ARTHUR WRITES A STORY: What makes a story entertaining? That's the question Arthur asks himself when Mr. Ratburn gives a creative writing assignment to the class. When D.W. yawns through Arthur's first story, he worries that his tale isn't exciting enough. Is the setting to humdrum? Maybe he needs to research his subject more thoroughly. With every new angle, Arthur's story takes one more hilarious step further away from his original idea - but is the end result really the tale he wants to tell?