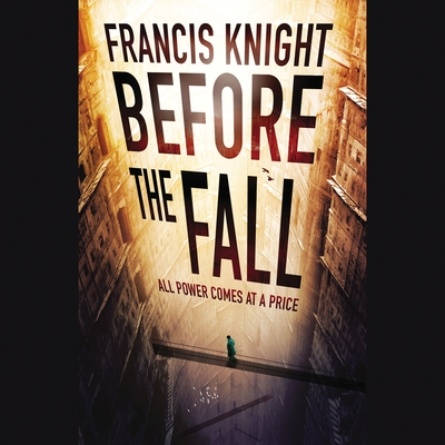 On a foggy summer night, eleven people--ten privileged, one down-on-his-luck painter--depart Martha's Vineyard on a private jet headed for New York. Sixteen minutes later, the unthinkable happens: the plane plunges into the ocean. The only survivors are Scott Burroughs--the painter--and a four-year-old boy, who is now the last remaining member of an immensely wealthy and powerful media mogul's family.

With chapters weaving between the aftermath of the crash and the backstories of the passengers and crew members--including a Wall Street titan and his wife, a Texan-born party boy just in from London, a young woman questioning her path in life, and a career pilot--the mystery surrounding the tragedy heightens. As the passengers' intrigues unravel, odd coincidences point to a conspiracy. Was it merely by dumb chance that so many influential people perished? Or was something far more sinister at work? Events soon threaten to spiral out of control in an escalating storm of media outrage and accusations. And while Scott struggles to cope with fame that borders on notoriety, the authorities scramble to salvage the truth from the wreckage.

Amid pulse-quickening suspense, the fragile relationship between Scott and the young boy glows at the heart of this stunning novel, raising questions of fate, human nature, and the inextricable ties that bind us together.

"I started and finished BEFORE THE FALL in one day. That begins to tell you what kind of smart, compellingly dramatic read it is.

So read it."—James Patterson, #1 New York Times bestselling author of the Alex Cross and Michael Bennett series
"A masterly blend of mystery, suspense, tragedy, and shameful media hype...a gritty tale of a man overwhelmed by unwelcome notoriety, with a stunning, thoroughly satisfying conclusion."—Publishers Weekly (starred review)
"Abundant chills and thrills...Noah Hawley's novel grabs you by the throat and won't let go...BEFORE THE FALL is storytelling at its best, as Hawley presents a range of diverse characters with rich histories... Seeds of doubt are cast in what is sure to be the summer book you won't want to miss."

—The Missourian
"This is one of the year's best suspense novels, a mesmerizing, surprise-jammed mystery that works purely on its own, character-driven terms....Mr. Hawley has made it very, very easy to race through his book in a state of breathless suspense."—New York Times
"[A] terrific thriller...an irresistible mystery.. a tale that's both an intriguing puzzle and a painful story of human loss."—Washington Post
"BEFORE THE FALL kicks ass. A surefire summer read."

—Justin Cronin, New York Times bestselling author of The Passage and City of Mirrors
"Noah Hawley really knows how to keep a reader turning the pages, but there's more to the novel than suspense. On one hand, BEFORE THE FALL is a complex, compulsively readable thrill ride of a novel. On the other hand, it is an exploration of the human condition, a meditation on the vagaries of human nature, the dark side of celebrity, the nature of art, the power of hope and the danger of an unchecked media. The combination is a potent, gritty thriller that exposes the high cost of news as entertainment and the randomness of fate."—New York Times Book Review
"BEFORE THE FALL is a ravishing and riveting beauty of a thriller. It's also a deep exploration of desire, betrayal, creation, family, fate, mortality, and rebirth. It's one part Dennis Lehane, one part Dostoevsky. I was spellbound from first page to last; I haven't fully recovered yet."—Michael Cunningham, Pulitzer Prize-winning author of The Hours
"This isn't just a good novel; it's a great one. I trusted no one in these pages, yet somehow cared about them all. BEFORE THE FALL brings a serrated edge to every character, every insight, and every wicked twist."—Brad Meltzer, bestselling author of The President's Shadow
"Utterly engrossing...practically made for the big screen."—Domino Magazine
"[A] page-turner."—Vanity Fair
"Like the successful screenwriter that he is, Hawley piles on enough intrigues and plot complications to keep you hooked."—Kirkus Reviews
"A pulse-pounding story, grounded in humanity."—Booklist (starred review)
"BEFORE THE FALL is an astonishing, character-driven tour-de-force. The story is a multi-layered, immersive examination of truth, relationships, and our unquenchable thirst for the media's immediate explanation of unfathomable tragedy."—Karin Slaughter, #1 internationally bestselling author