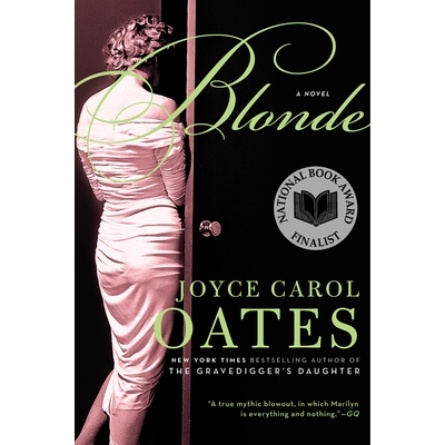 *Audio includes an in-depth interview with the author and Michael Silverblatt, host of KCRW's Bookworm.

She was an all-American girl who became a legend of unparalleled stature.  She inspired the adoration ...

*Audio includes an in-depth interview with the author and Michael Silverblatt, host of KCRW's Bookworm.

She was an all-American girl who became a legend of unparalleled stature.  She inspired the adoration of millions, and her life has beguiled generations of fans and fellow artists.  The story of Norma Jeane Baker -- better known by her studio name "Marilyn Monroe" -- has been dissected for more than three decades, but never has it been captured in a narrative as breathtaking and transforming as Blonde.

In her most ambitious work to date, Joyce Carol Oates, one of America's most distinguished writers, reimagines the inner, poetic, and spiritual life of Norma Jeane Baker -- the child, the woman, the fated celebrity -- and tells the story in Norma Jeane's own voice: startling, rich, and shattering.

Drawing on biographical and historical sources, Joyce Carol Oates evokes the distinct consciousness of the woman and the unsparing reflection of the myth, writing as she has never written before -- ecstatic, completely absorbed, inhabited as if by the spirit of her extraordinary subject.Rich with psychological insight and disturbing irony, this mesmerizing narrative illumines Norma Jeane's lonely childhood, wrenching adolescence, and the creation of "Marilyn Monroe."

With fresh insights into the heart of a celebrity culture hypnotized by its own myths, Blonde is a sweeping novel about the elusive magic of a woman, the lasting legacy of a star, and the heartbreak behind the creation of the most evocative icon of the twentieth century.