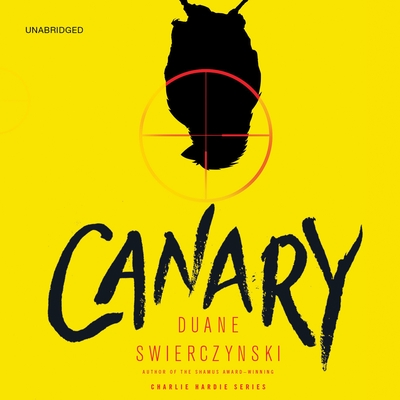 "Compulsive, written with wry humanity and a deft and thrilling touch for the unexpected"—Geoffrey Wansell, Daily Mail
"Duane Swierczynski writes the 'new noir,' full of bad choices, courage, and sudden disaster, all delivered at a break-neck pace."—Charlaine Harris, author of the bestselling Sookie Stackhouse novels, including Dead Ever After
"This guy is a great storyteller. I never know what he is going to come up with or where he is going to take me."—Michael Connelly
"Riveting . . . Sarie is a luminous character . . . Memorable characters, suspense, a native's portrait of a fascinating city, eruptions of spectacular violence-fans of hard-edged crime will love this one."—Booklist (starred review)
"A cunning, zippy, plot-twister . . . Swierczynski keeps the action pulsating along [with] an array of compelling characters, crisp dialogue, and pop culture references. . . . It's those touches [that] make Canary sing."—Daneet Steffens, Boston Globe