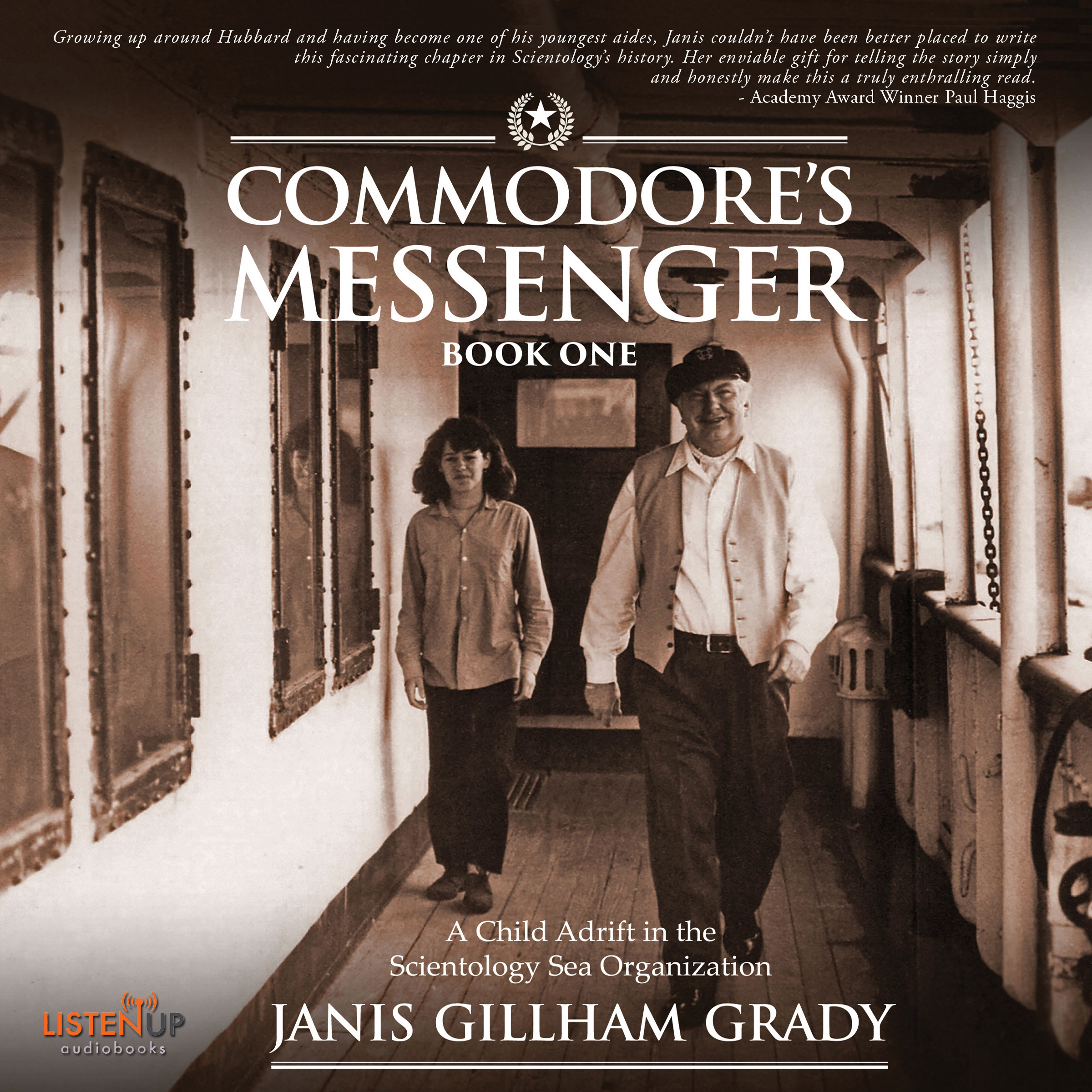 At age 12, Janis was thrust into a role that no one, not even L. Ron Hubbard, could have predicted. Commodore’s Messenger begins by taking the reader into ...

At age 12, Janis was thrust into a role that no one, not even L. Ron Hubbard, could have predicted. Commodore’s Messenger begins by taking the reader into the life of the first family of Scientology in Australia, Yvonne and Peter Gillham and their three children; Peter Jr., Terri and Janis. Life for the Gillhams is not without its challenges in Australia, but nothing compared to what happens when the family moves to England after dealing with the banning of Scientology in Victoria. Things spiral out of control as Hubbard leaves England and takes to the sea, to continue his spiritual research for mankind, as he puts it, or to escape the long arm of the law as many critics contend. Yvonne and her children soon find themselves enmeshed in Hubbard’s inner circle, Yvonne as one of his trusted aides, and the children with Hubbard’s own family. When Yvonne joins the newly established Sea Organization, to support Hubbard in his seafaring adventures, her children find themselves aboard what would become the flagship of Hubbard’s burgeoning navy. Having children underfoot does not fit well with the serious nature of Hubbard’s plans to expand Scientology’s worldwide. Determined to make these children useful, he begins using them to send messages to various parts of the Apollo, hence the name Commodore’s Messenger. With this as a background, the story Janis has written comes from the earliest days and the epicenter of Scientology’s Sea Organization. As a messenger, Janis was with Hubbard a minimum of 6 hours a day and often times much longer. She was privy to all his moods from sunny to thundering; and was intimately familiar with everything happening on board the ship and the Scientology network. Janis lived a life that few of her peers could ever hope to have lived. Hubbard’s cavalier regard for the lives of others was astonishing. The Sea Org. vessels were piloted by those with so little seamanship training, it’s a wonder no one was killed.