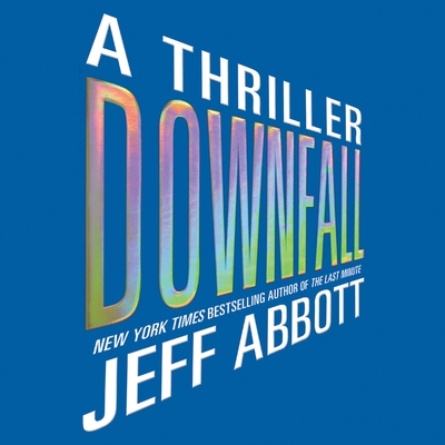 No matter who has to die.

The simplest beginnings can unravel a life. For Sam Capra, it is the moment a beautiful young woman walks into his San Francisco bar.

Sam doesn't want trouble. An ex-CIA agent, his only desire now is to build a quiet, peaceful home for himself and his infant son. But Diana Keene is no ordinary customer. She's pursued by two gunmen, and when she finds Sam, she whispers an urgent, desperate plea: "Help me."

And without any warning, Sam is thrust into a fight for his life. For Diana is being hunted by a deadly network-a shadowy alliance of select, influential men and women who use their connections, their authority, and their wealth to bend the world to their will. Now, this network aims its relentless fury against the man interfering with their plans to seize a new level of power: Sam Capra.

Threatened on all sides, Sam has only one hope to survive the network's all-consuming attack and return to his life with his son....he must destroy the man who owns the people who run the world.

"Like Adrenaline, this is a fast-paced thriller with a likable, morally conflicted hero. Sam is in a difficult situation, seemingly forced to commit murder to find his son, and--this is a testament to Abbott's skills as a storyteller--we really don't know whether he will follow through. The book ends on an upbeat note, giving Sam a certain amount of closure. Still, let's hope Abbott isn't through with Sam. He's a very well drawn character, and it would be nice to see him again."—Booklist on The Last Minute
"Twisty, turny, and terrific."—USA TODAY on Adrenaline
"The Adrenaline rush that won't stop."—San Antonio Express-News
"Outstanding . . . genuinely moving . . . Abbott hits full stride early on and never lets up. Readers who thrive on a relentless narrative pace and a straight line to the finish won't be disappointed."—Publishers Weekly (starred review) on Adrenaline
"Abbott is one of the best thriller writers in the business, and he delivers action and complex characters in an explosive cocktail. The next Capra novel cannot come fast enough."—Associated Press on The Last Minute
"[An] edgy, seat-of-your-pants spy caper."—Entertainment Weekly on Adrenaline
"Extremely compelling . . . a thriller that will get even the most jaded reader's pulse racing . . . a grand slam home run."—Associated Press on Adrenaline