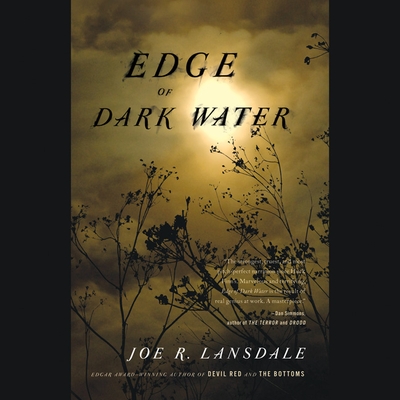 May Lynn was once a pretty girl who dreamed of becoming a Hollywood star. Now she's dead, her body dredged up from the Sabine River.

Sue Ellen, May Lynn's strong-willed teenage friend, sets out to dig up May Lynn's body, burn it to ash, and take those ashes to Hollywood to spread around. If May Lynn can't become a star, then at least her ashes will end up in the land of her dreams.

Along with her friends Terry and Jinx and her alcoholic mother, Sue Ellen steals a raft and heads downriver to carry May Lynn's remains to Hollywood.

Only problem is, Sue Ellen has some stolen money that her enemies will do anything to get back. And what looks like a prime opportunity to escape from a worthless life will instead lead to disastrous consequences. In the end, Sue Ellen will learn a harsh lesson on just how hard growing up can really be.

"Scenes that stand your hair on end while you fall out of your chair laughing."—Chicago Sun-Times, on Leather Maiden
"Lansdale has created a landscape of broken dreams, skewed personalities and hope still clinging to the inside of the Pandora's box of problems they all share. . . . He has been called a folklorist, and Leather Maiden makes you want to sit on a porch listening to him spin a yarn that you know doesn't contain a true sentence."—Los Angeles Times

"One of the greatest yarn spinners of his generation: fearless, earthy, original, manic and dreadfully funny."—Dallas Morning News, on Vanilla Ride
"Joe R. Lansdale has a folklorist's eye for telling detail and a front-porch raconteur's sense of pace."—The New York Times Book Review