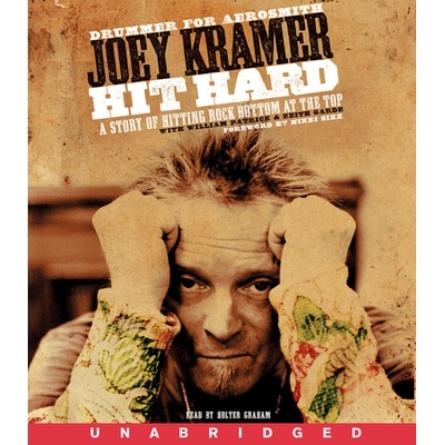 In 1997, amid Aerosmith's sold-out world tour and number one album release, word about Joey's troubles was reported in the press.Despite the advice he had received to play it down, ...

In 1997, amid Aerosmith's sold-out world tour and number one album release, word about Joey's troubles was reported in the press.Despite the advice he had received to play it down, Joey revealed in an interview his ongoing struggles with depression. The response from fans and people battling those same internal demons was overwhelming. Joey—who has been the drummer in Aerosmith since it was founded in 1970 and is the first member of the band to release his own book—now tells the complete story: the early days of the band, glamorous drug-addled events leading up to their eventual sobriety, battles within his family and among bandmates, and the explosive internal dynamics in Aerosmith that continue to unleash a fury of endless creativity.

This is not just another rock 'n' roll memoir. In addition to the never-before-told Aerosmith war stories that abound in the book, Hit Hard unpacks the history of a rock star who was both fragile and tough, who after years of insane wildness became willing to accept help and finally kick a serious alcohol and drug addiction, only to find that the real terrors and hard work were still ahead. It's the story of an average kid from an average American suburb who went through physical and emotional trauma. It's about years of depression and the nervous breakdown at the height of the band's comeback success. Ultimately, Hit Hard is about how Joey recognized his confusion between love and abuse, awakening to the kind of self-acceptance and compassion that make relationships possible in the "real world" as a member of the biggest band in American history.