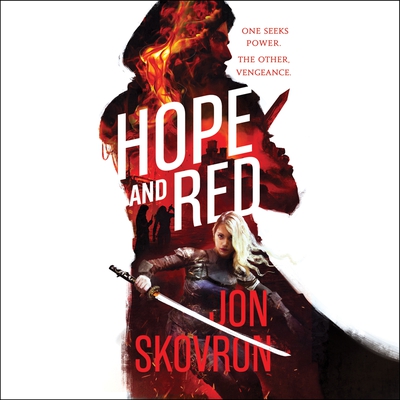 Hope, the lone survivor when her village is massacred by the emperor's forces is secretly trained by a master Vinchen warrior as an instrument of vengeance.

Red, an orphan adopted by a notorious matriarch of the criminal underworld, learns to be an expert thief and con artist.

TOGETHER THEY WILL TAKE DOWN AN EMPIRE.

"The adventures of Hope and Red will continue, and you should plan to sail with them."—SFRevu
"A great swashbuckling adventure."
—The Sun (UK)

"Furious where it needs to be, deceptively tender where it can get away with it, adventurous all around."—Sam Sykes
"Skovron's eye for characterization and situations is exceptional... A compelling coming-of-age yarn."—Publishers Weekly (starred review)
"Gripping and, most importantly, fun."—SFX
"A fun beginning ... promises to be a great series."—Philadelphia Free Press
"Engaging ... [Skovron's] skillfully developed world, filled with swords and magic, is a perfect foil for his dynamic characters."—Library Journal