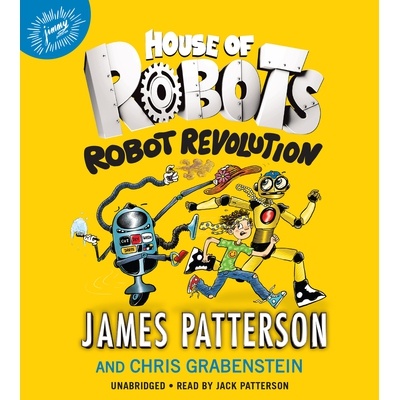 After a few early glitches in their relationship, Sammy and his "bro-bot" E are now fast friends. In fact, E is such a valued member of the family that the other electronic occupants of the House of Robots are feeling sorely unappreciated. And when Sammy's inventor mom becomes distracted by a top-secret project, the robots soon begin to fall into disrepair.
Cue a robot revolt, with the droids wreaking harmless havoc in the house! Armed with pranks like glue in the shampoo bottles and flying toast missiles, the robots demand to be cared for. It's up to Sammy and his disabled sister Maddie to keep the peace until his mom reveals her secret project...and why it was worth the wait.

"While overall the book has a light, casual, offhanded tone, details such as the sibling relationship also give it some heart and depth."—Parents' Choice

"The story of an extraordinary robot that signs up for an ordinary fifth grade class and changes elementary school forever! A wonderfully read story covering the gamut of tween emotions and the struggles of fitting in."—National Parenting Publications Award

"Underlying the novel's laughs are themes of friendship, compassion, and family, particularly in regard to Sammy's devotion to his younger sister...and his deepening relationship with his 'bro-bot.'"—Publishers Weekly