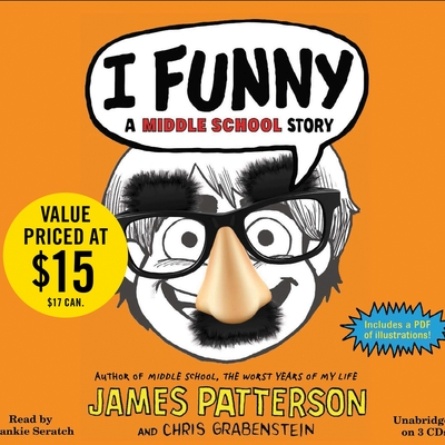 Following the bestselling success of the hilarious Middle School, The Worst Years of My Life, James Patterson continues to dish out the funnies in another highly-illustrated, heartfelt middle school story. (Includes more than 175 black-and-white illustrations.)

"Play[s] readers' heartstrings like a banjo.... A brimming bucket of bada-bing!"—Booklist
"The broad humor that runs throughout this heavily illustrated story... masks personal pain, demonstrating resiliency in the face of tragedy."
—Publishers Weekly