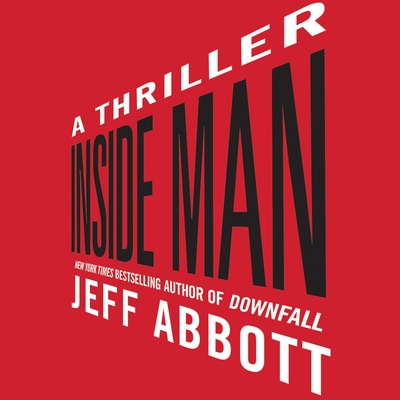 Sam Capra's friend Steve has been murdered, shot dead in the rain outside of his Miami bar. The only lead: a mysterious, beautiful stranger Steve tried to protect. To avenge his friend, Sam goes undercover into the Varelas, one of Miami's most prominent and dangerous families.

Now on the inside, playing a part where one wrong move means death, Sam faces a powerful, unstable tycoon intent on dividing his business empire between his three very different children, who each may hold murderous secrets of their own.

Sam is relentlessly drawn into this family's intense drama, amplifying painful echoes of his own shattered relationships as a son, brother, father, and husband. And just when he thinks he understands why the family is self-destructing, he discovers a lethal secret so shocking that the Varelas cannot let him walk away alive . . .

"Like Adrenaline, this is a fast-paced thriller with a likable, morally conflicted hero. Sam is in a difficult situation, seemingly forced to commit murder to find his son, and--this is a testament to Abbott's skills as a storyteller--we really don't know whether he will follow through. The book ends on an upbeat note, giving Sam a certain amount of closure. Still, let's hope Abbott isn't through with Sam. He's a very well drawn character, and it would be nice to see him again."—Booklist on The Last Minute
"Twisty, turny, and terrific."—USA TODAY on Adrenaline
"The Adrenaline rush that won't stop."—San Antonio Express-News
"Outstanding . . . genuinely moving . . . Abbott hits full stride early on and never lets up. Readers who thrive on a relentless narrative pace and a straight line to the finish won't be disappointed."—Publishers Weekly (starred review) on Adrenaline
"Abbott is one of the best thriller writers in the business, and he delivers action and complex characters in an explosive cocktail. The next Capra novel cannot come fast enough."—Associated Press on The Last Minute
"[An] edgy, seat-of-your-pants spy caper."—Entertainment Weekly on Adrenaline
"Extremely compelling . . . a thriller that will get even the most jaded reader's pulse racing . . . a grand slam home run."—Associated Press on Adrenaline