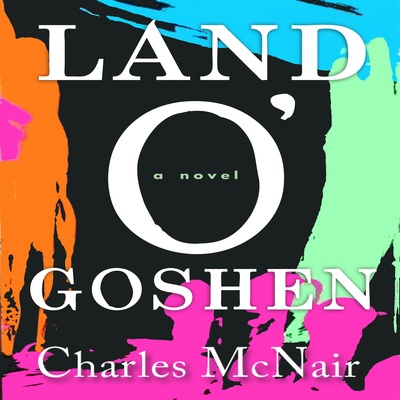 Land O'Goshen is a novel of a boy and his friend growing up in a mythical Southern town. It is one part romance, one part adventure, one part horror story, ...

Land O'Goshen is a novel of a boy and his friend growing up in a mythical Southern town. It is one part romance, one part adventure, one part horror story, and draws on the most fantastic elements in the tradtion of the great Southern novel.

If Faulkner had tried his hand at science fiction, the result might have sounded much like this energetic first novel. The unlikely futuristic setting is backwoods Alabama at a time when the country is ravaged and ruled by fundamentalist Christian soldiers. Red-haired, rambunctious Buddy, a 14-year-old orphan, narrates this story of his life while hiding out in an ancient Indian burial mound on the outskirts of the town of Goshen. Costumed as a creature he calls Sack, Buddy terrorizes the countryside as the "Wild Thang," hoping that his mythological monster will undermine the Christian tyranny. While McNair's prose is fresh and often resonates with the homespun poetry of his naive hero, the first-person narrative limits our experience of the future world Buddy lives in. Although we learn interesting details (milk is the only beverage served at honkytonks like the Bob-A-Lu on Highway 31, gospel groups with names like The Larks of the Lord tour the countryside), Buddy does not tell us how the fighting started, how much of the country is in Christian Soldier hands or how a religious fascist from Chippalee, Ala., started a second Civil War in the United States of America. Still, Buddy is marvelous to listen to, and his fresh young voice hints at true potential in its author.
Copyright 1994 Reed Business Information, Inc. - PUBLISHER'S WEEKLY
Part allegory, part horror tale, and part apocalyptic prediction, this novel is set in Alabama in the near future at a time when the Christian Soldiers are fighting the Rebels. All is seen through the eyes of a 14-year-old who makes up reasons to explain what he does not know or understand. Buddy, an orphan, lives in the woods with Sack, a scary costume he uses when he wants to make an impression on the cruel adult world. He rescues Cissy, another orphan, and together they face the forces of evil and betrayal. First novelist McNair portrays a brutal world in which children must cope with pain and hardship too awful to comprehend. The story leaves questions unanswered and many problems to be faced; it is an alternative way of looking at a reality dominated by a narrow concept of religion run rampant. This book has the potential to become a word-of-mouth best seller. For most fiction collections.
Jo Ann Vicarel, Cleveland Heights-University Heights P.L., Ohio
Copyright 1994 Reed Business Information, Inc. - LIBRARY JOURNAL