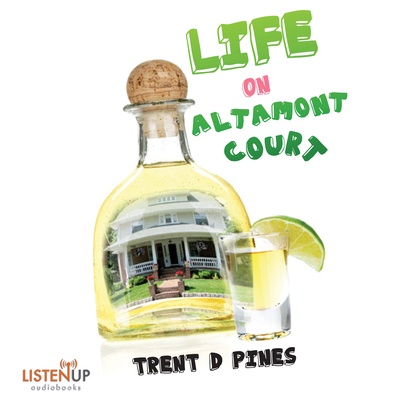 When a Gay Couple moves in…The Inflatable Snowman. The Gigantic Inflatable Snowman. We thought that ‘Frosty’ would lead to our demise. That 18-foot monstrosity had me questioning our decision to move into this seemingly quiet neighborhood on a cul-de-sac. Was I ever wrong! It turned out to be one of the best decisions my partner and I ever made. This book is dedicated to the memories and life-changing events that took place during our stay on Altamont Court. The people, the traditions, the holidays and the celebrations of life and love are all captured within these pages. Take a journey with me and read about the mayhem and mishaps that come into play when you mix together a potpourri of characters who live within a stone’s throw of each other. Take an eco-friendly, high-strung type A neighbor, a demanding Italian Matriarch, men who are the embodiment of the words “More Power,” a troop of loving and mischievous kids and mix in two gay men who are hell-bent on making a home out of a charming half-million-dollar fixer upper and you have the residents of Altamont Court. Whether you’re a weekend warrior who can’t wait to get his hands around the next “improvement project”, a stiletto-wearing Texas woman who wields a gun in flawless makeup, or a queen from the city who eagerly awaits the next big sales event at Neiman Marcus - this memoir is for you. Pour a drink or a shot, sit back, relax and enjoy - and if you don’t, then the words of a truly classy character and dear friend come to mind, “What the F&%$ is wrong with you?” Yes, it’s that kind of party - bless our hearts.

WINNER OF THE 2014 Next Generation Indie Book Awards for HUMOR/COMEDY.

Pines’ debut memoir offers a lighthearted, entertaining tale about his time on Altamont Court—a small, suburban cul-de-sac in Morristown, N.J.—and the neighbors who became his surrogate family. The author repeatedly notes that he never envisioned himself having a white-picket-fence kind of life. However, that’s exactly what he got when he moved, with his partner, Ken, to Altamont Court, a quiet suburban neighborhood filled with zany, inquisitive and lovable neighbors. The memoir’s first section centers on Pines’ story of renovating a “half-million-dollar fixer-upper” home soon after he and Ken arrived in Morristown—a disastrous undertaking that’s similar to the one in the 1986 comedy film The Money Pit, which the author quotes throughout. The latter, and longer, section focuses on the couple’s life on Altamont Court after the renovation was complete and their relationships with their neighbors, including Karla, the outspoken matriarch next door; her tomboy daughter, Erin, who became Pines’ “faux goddaughter”; and Davin, Karla’s youngest son, who was “as honest and sincere as they come.” Ultimately, the stories here are simply amusing, at best, but the author’s voice and personality make this book highly entertaining. Pines is an honest, self-deprecating narrator (“Once we were boarded, I drugged myself with an Ambien, two Xanax, and two shots of vodka and woke up as we landed....Believe me when I say it’s in everyone’s best interest that I remain anesthetized on long international flights”), and reading his book feels like having a conversation with an old friend. This memoir is also notable for its real-life story of a committed gay couple living a peaceful domestic life, something rarely portrayed in the popular culture. A heartwarming memoir featuring funny stories of suburban life.