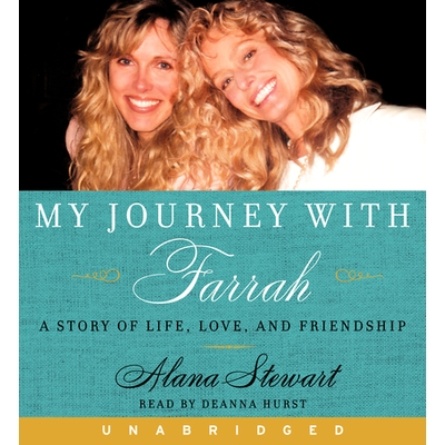 Alana Stewart and Farrah Fawcett went through it all together. Friends for thirty years, they were an essential part of each other's lives since first meeting at a dinner party ...

Alana Stewart and Farrah Fawcett went through it all together. Friends for thirty years, they were an essential part of each other's lives since first meeting at a dinner party in the 1970s. During that time, they supported each other through the trials of Hollywood life while also raising their families, keeping in close contact.

But in the fall of 2006, a test of their friendship arose unlike any other they'd faced: Farrah was diagnosed with aggressive rectal cancer. She was determined to fight, and Alana was determined to help her. Together, they were relentless in their pursuit of a cure, traveling halfway around the world as they sought every mainstream, alternative, and experimental therapy available. In all, they spent the better part of the next three years together—Alana by her friend's side as they struggled hand in hand with the unknown.

Now, in these intimate and personal diaries, Alana shares her thoughts on the events of the last three years, documenting the journey she and Farrah embarked on as they prayed for a miracle. Reflecting back on the three decades they shared, Alana details what she's learned about her friend and herself as they battled through the trials of this illness. From the importance of selflessness, to the undeniable value of faith, to the remarkable resilience of the human spirit, Alana's day-to-day entries reveal a side of these two friends that the world has never seen. Even in the face of this debilitating disease, Farrah's courage and determination continues to teach us about life . . . and love.

Writing candidly about aging, marriage, motherhood, and faith—all topics she and Farrah dealt with together over the years—Alana provides a moving tribute to a woman, once Hollywood's golden girl, and an inspiring celebration of life. My Journey with Farrah is the story of two courageous women who stood by each other through good times, bad times, and now the most trying of times. It is a book that will make people laugh, cry, and rejoice in the power of friendship.