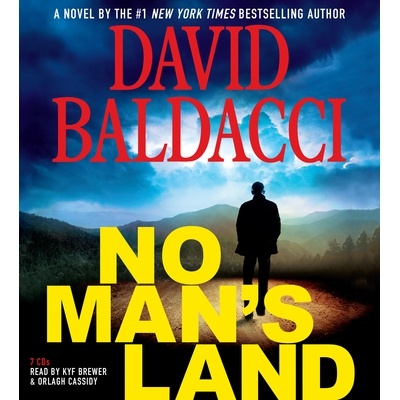 John Puller's mother, Jackie, vanished thirty years ago from Fort Monroe, Virginia, when Puller was just a boy. Paul Rogers has been in prison for ten years. But twenty years before that, he was at Fort Monroe. One night three decades ago, Puller's and Rogers' worlds collided with devastating results, and the truth has been buried ever since.

Military investigators, armed with a letter from a friend of Jackie's, arrive in the hospital room of Puller's father--a legendary three-star now sinking into dementia--and reveal that Puller Sr. has been accused of murdering Jackie.

Aided by his brother Robert Puller, an Air Force major, and Veronica Knox, who works for a shadowy U.S. intelligence organization, Puller begins a journey that will take him into his own past, to find the truth about his mother.

Paul Rogers' time is running out. With the clock ticking, he begins his own journey, one that will take him across the country to the place where all his troubles began: a mysterious building on the grounds of Fort Monroe. There, thirty years ago, the man Rogers had once been vanished too, and was replaced with a monster. And now the monster wants revenge. And the only person standing in his way is John Puller.

"Baldacci is a master when it comes to writing about small-town conspiracies and a lone hero who fights against all odds to clean up corruption... It might seem straightforward, but the final reveal will surprise even hardcore thriller junkies."—The Washington Post on The Forgotten

"Bestseller Baldacci makes the implausible plausible in his riveting fourth thriller featuring U.S. Army criminal investigator John Puller...Baldacci maintains tension throughout and imbues his characters with enough humanity to make readers care what happens to them."—Publishers Weekly
"A heck of an opening chapter, guaranteed to jettison readers into hours of addictive reading...Baldacci's last few books have been among the best in his long, busy career, and THE ESCAPE stands near the top for sheer adrenalin-fueled entertainment."—Richmond Times-Dispatch on The Escape
"Highly entertaining...THE ESCAPE is a terrific read."—CT News on The Escape
"One of the most compelling characters in David Baldacci's thrillers is John Puller, a crackerjack investigator of military crimes...Twists and turns come fast and furious in the best Baldacci tradition. THE ESCAPE is much more than a thriller. It's a moving tale of two military brothers and their father, a retired Army general and fighting legend now suffering from dementia. Emotionally intense, THE ESCAPE is Baldacci's best to date."—Associated Press on The Escape
"Readers expect excitement and intrigue in David Baldacci's books, and Zero Day is no exception...As Baldacci's new hero narrowly escapes countless close calls, the pairing of the author's imagination and knowledge create a wild ride for the reader. Puller is gutsy, brash and likable. Best of all, he survives to reappear in the next book of this new series."—The Free-Lance Star on Zero Day