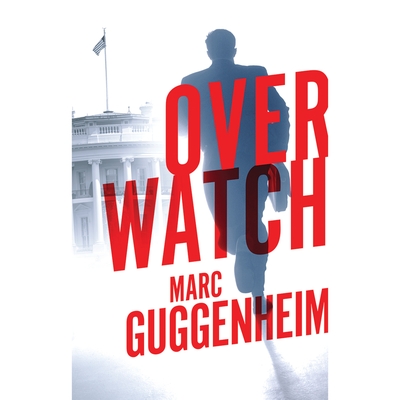 Alex Garnett has spent his life in the shadow of his father, a former Chief of Staff and Solicitor General to two presidents who's been responsible for getting Alex every job he ever had, including his latest: attorney for the CIA. However, a seemingly routine litigation leads to a series of unexpected events, including poison, kidnapping, torture and murder. As casualties pile up, it becomes clear Alex is the final target in someone's blood-soaked attempts to cover their tracks.

With the help of a neurotic hacker, Alex unravels a conspiracy older than the CIA itself. The trail of clues reveals the presence of unseen forces that are bringing this nation to the brink of war--and Alex's life is only one of many in danger.

"The best thriller writers are always storytellers first and Guggenheim is, quite simply, a terrific storyteller. Part legal thriller, part espionage page-turner... If you ever wanted to know what the marriage of Clancy and Grisham would look like, devour Overwatch."—Derek Haas, author of The Right Hand
"Overwatch doesn't just bring together the legal and espionage genres. It merges family problems with professional ones, swirls in a major helping of murder and mayhem, and with a deft touch, reminds us why politics is--always--personal."—Brad Meltzer, author of The Fifth Assassin
"Over the years I've used many hyphenated adjectives to describe lawyers (i.e., "soul-sucking," "bottom-feeding"). Now, thanks to Marc Guggenheim's debut novel, I can add a new one to the list: "bad-ass." Overwatch is a brilliantly-paced novel with the brains of a legal thriller, the testosterone of an action movie, and white-hot paranoia of a 70s conspiracy flick. Not only is Alex Garnett one of my favorite new heroes, but Guggenheim has also created a seriously warped villain - frightening not only because of what he does, but because you get the sinking feeling he might be alive and working in D.C. right now."—Duane Swierczynski, author of the Point & Shoot