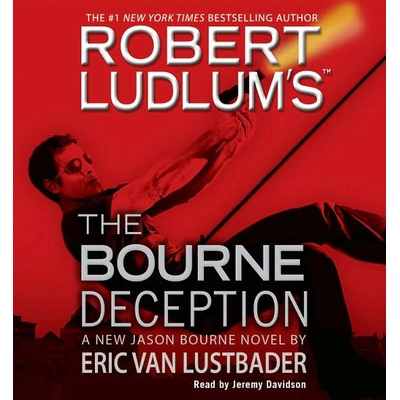 ERIC VAN LUSTBADER is most widely known as the New York Times bestselling author of twenty international bestselling thrillers including Ninja and Black Heart. He is also the author of two successful and highly regarded series of fantasy novels, The Sunset Warrior Cycle and The Pearl Saga. His novels have been translated into over twenty languages. Lustbader was born and raised in Greenwich Village. He and his wife, Victoria, have been residents of the South Fork of Long Island for more than fifteen years.

"Don't ever begin a Ludlum novel if you have to go to work the next day."—CHICAGO SUN TIMES
"A hearty serving of meat and potatoes action adventure, just the sort of fare that both Ludlum's and Lustbader's fans relish."—PUBLISHERS WEEKLY on THE BOURNE LEGACY
"Lustbader is an excellent storyteller and is not afraid to keep the twists and turns coming in this sequel...This is an explosive addition to a series with an unrivaled heritage and storied pedigree."—Bookreporter.com on THE BOURNE BETRAYAL
"Reading a Ludlum novel is like watching a James Bond film...slickly paced...all-consuming."—ENTERTAINMENT WEEKLY