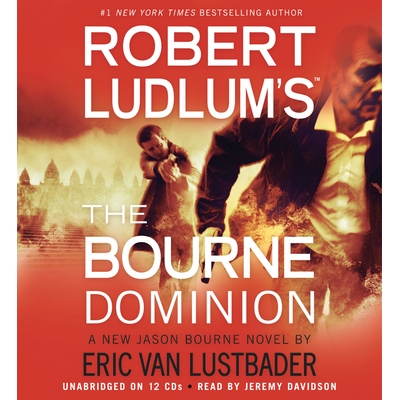 Now, these two trusted friends are on a deadly collision course. From the Colombian highlands to Munich, Cadiz, and Damascus, the clock is counting down to a disaster that will cripple America's economic and military future. Only Bourne and Karpov have a chance to avert the catastrophe-but if they destroy each other first, that chance will be gone forever.

Jason Bourne is one of the most compelling and best loved characters created by internationally bestselling novelist Robert Ludlum. The hero of eight novels, including The Bourne Identity and The Bourne Supremacy, Bourne has also been featured in three blockbuster movies starring Matt Damon. Now, New York Times bestselling author Eric Van Lustbader presents a new story about the rogue secret agent who has lost his memory.

"Don't ever begin a Ludlum novel if you have to go to work the next day."—CHICAGO SUN TIMES
"Lustbader is an excellent storyteller and is not afraid to keep the twists and turns coming in this sequel...This is an explosive addition to a series with an unrivaled heritage and storied pedigree."—Bookreporter.com on THE BOURNE BETRAYAL
"As twisted, dark and exciting as the others."—THE OKLAHOMAN on THE BOURNE SANCTION
"Reading a Ludlum novel is like watching a James Bond film...slickly paced...all-consuming."—ENTERTAINMENT WEEKLY