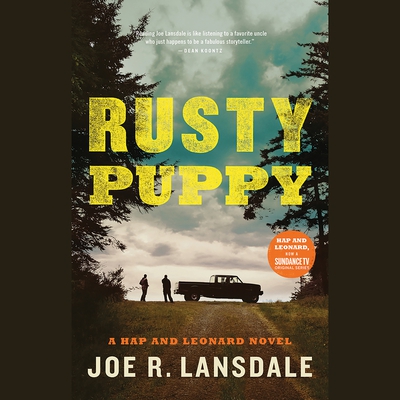 "Dark, moving . . . As always, Lansdale spins a wild, rollicking yarn, but behind all the mayhem is a heartfelt tale about friendship, brotherhood, loyalty, and family. Hap andLeonard are complicated, violent men, but they display a basic humanity and decency that carries this remarkable series along."—Publishers Weekly (starred review)
"The pleasure of any Hap and Leonard mystery is the yin-yang of the two heroes: white/black, straight/gay, liberal/conservative, easygoing/hair-trigger temper. Without making any brotherhood speeches, the books are rough-hewn fables of tolerance in action. Part of the reason it all goes down without any kind of 'Kumbaya' ickiness is that Lansdale writes such good smart-ass repartee. . . . This puppy tells a waggly tale the reader is happy to follow down the roughest paths."—Kirkus Reviews
"A unique mix of sly humor and horrific violence. Readers will laugh at some particularly profane smart-ass repartee and then want to cover their eyes a couple sentences later as the violence explodes. Another fine entry in a great series."—Booklist (starred review)