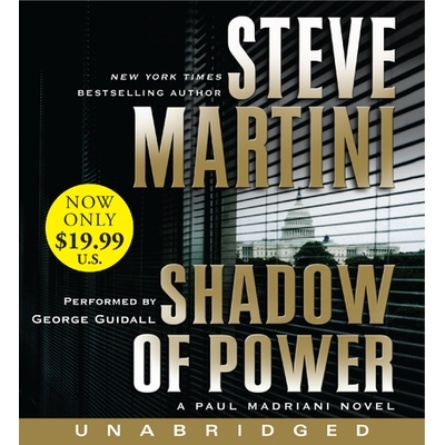 The echoes of a murder reach deep into the halls of the U.S. Supreme Court in this electrifying new thriller featuring defense attorney Paul Madriani from New York Times bestselling ...

The echoes of a murder reach deep into the halls of the U.S. Supreme Court in this electrifying new thriller featuring defense attorney Paul Madriani from New York Times bestselling author Steve Martini.

Terry Scarborough is a legal scholar and provocateur who craves headline-making celebrity, but with his latest book he may have gone too far. In it he resurrects forgotten language in the U.S. Constitution—and hints at a missing letter of Thomas Jefferson's—that threatens to divide the nation. Then Scarborough is brutally murdered and a young man with dark connections is charged. What looks like an open-and-shut case to most people, doesn't to defense attorney Paul Madriani. He believes there is much more to the case, and that the defendant is a pawn caught in the middle, being scapegoated by circumstance.

As the trial spirals toward its conclusion, Madriani and his partner Harry Hinds race to find the missing Jefferson letter—and the secrets it holds about slavery and scandal at the time of our nation's founding and the very reason Scarborough was killed. Madriani's chase takes him from the tension-filled courtroom in California to the trail of a Supreme Court justice now suddenly in hiding and lays bare the soaring political stakes for a seat on the High Court, in a country divided, and under the shadow of power.