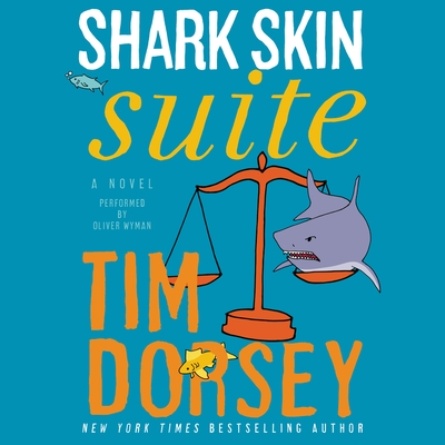 Bottom-feeders beware: the Sunshine State's favorite psychotic killer and lovable Floridaphile, Serge Storms, has found a new calling, legal eagle, and he's going to make a killing as a crusading ...

When it comes to swimming with the sharks, there is no bigger kahuna than Serge Storms. Bingeing on a marathon of legal movies set in Florida, Serge finds his vocation: the law. Never mind law school or that degree; Serge becomes a freelance fixer—wildcat paralegal and pilgrim to the hallowed places where legal classics of the big screen such as Body Heat, Cool Hand Luke, and Absence of Malice were filmed practically in his own backyard.

One of Serge's old flames, young lawyer Brook Campanella, is also a rising star thanks to her expertise in the field of foreclosure law. Ruthless at taking down the greedy banksters kicking people out of their homes, she lands a major class-action lawsuit and looks set to win big. The opposition is determined to shut her down, and they'll go to extreme lengths to do it.

Luckily for her, Serge likes nothing better than saving a damsel in distress, especially when it means kicking a bunch of shyster butt. The mayhem comes to a hilarious head at the Key West courthouse at the height of the island's raucous Fantasy Fest street carnival, and no one, including Serge, will ever be the same.