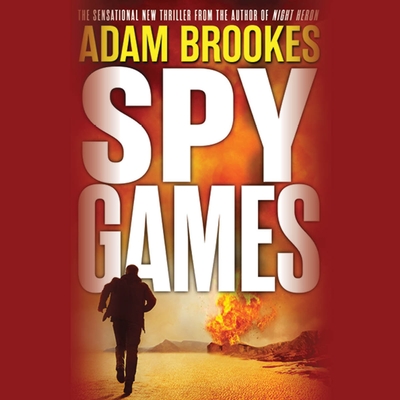 Journalist Philip Mangan is trying to stay out of trouble in East Africa, his reputation and his life in tatters. But when he is caught in a terrorist attack in East Africa and a shadowy Chinese figure approaches him in the dead of night with information on the origins of the attack, Mangan is suddenly back in the eye of the storm.

Meanwhile, thousands of miles away on a humid Hong Kong night, a key British Intelligence source is murdered minutes after meeting spy Trish Patterson. From Washington, D.C. to the hallowed halls of Oxford University and dusty African streets, a sinister power is stirring, one which will use Mangan and Patterson as pawns -- if they survive.

Night Heron is a fascinating portrait of the dangerous complexities of spying in a restricted country, the competing agendas driving international intelligence, and China's startlingly varied social realities.A must-read for fans of espionage and smart global fiction in general.—Booklist (starred review) on Night Heron
"Outstanding fiction debut... Brookes [is] a thriller writer to watch."—Publishers Weekly on Night Heron
"The must-read thriller of the year."—NPR Books on Night Heron
"Night Heron is a wonderfully cinematic novel -- I felt myself visually transported into every scene, watching the action unfold -- that also immersed me in the sounds and smells and feel of China, all the while telling a rich, complex espionage story. A remarkable accomplishment."—Chris Pavone, author of international bestseller The Expats on Night Heron
"One of the best and most compulsively readable spy-fiction debuts in years."—Kirkus on Night Heron
"Fans of the international espionage genre will inhale this fast tale in a few suspenseful breaths."—Library Journal on Night Heron
"The pace is frenetic and Brookes does a wonderful job with both the high-tech world of cyber intelligence and survival on Beijing's gritty. smog-smothered streets. Highly recommended."—The Bookseller on Night Heron