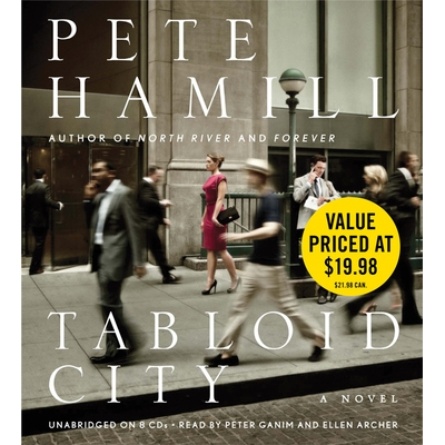 From the gruff editor-in-chief of the city's last afternoon daily to the self-made advertising exec; from the NYPD sergeant to the Wall Street conman; from the angry young extremist to the Iraq vet struggling to come to terms with his sacrifices, Pete Hamill captures the voices and experiences of his fellow New Yorkers with his trademark blend of compassion and unflinching honesty.

For some of these men and women, the city is a proving ground. For others it is a decadent playground. For still others it is steeped in memories--a historic city eclipsed by modern times. At once a nostalgic hymn to old New York and a gripping, cinematic portrait of the complex city of today, Tabloid City is as exhilarating as New York itself.