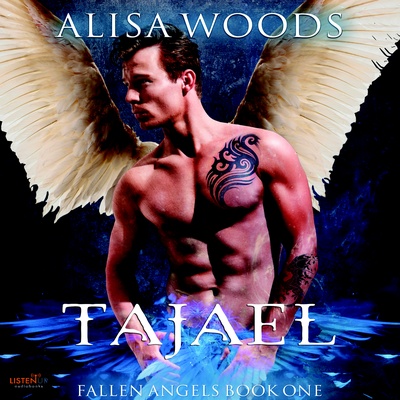 TAJAEL: I am an angeling of the light, Protector class, assigned to Guardian Duty. And I am Tempted. A war brews in the immortal realms, between the Angels of Light, ...

TAJAEL: I am an angeling of the light, Protector class, assigned to Guardian Duty. And I am Tempted. A war brews in the immortal realms, between the Angels of Light, created to love and protect humanity, and their ancient enemy, the Fae. The Fae have created a demon plague to stop the humans and their technology from invading the immortal realms. I’m tasked with protecting a beautiful scientist who may do exactly that. But this duty is fraught with danger. Not due to the demons who hunt her but because a Fall from Lust will plunge me into shadow. I’ve already been marked by the darkness of that realm, and I’ve vowed never to return. CHARLOTTE: I’m a scientist, a physicist, a woman of reason. And I don’t believe in angels. My Ex broke me in ways I didn’t even know I could break. But I’ve moved on and put the nightmares behind me. Now I have work to do, a theory to test, and a billionaire lined up to fund my experiments. If I’m successful, it will change the world. Everything’s finally coming together, then my co-worker attacks me, my hot neighbor saves me, and suddenly, I’m wondering if there’s more to my theories about an extra-dimensional world than I ever suspected. FALLEN ANGELS is a follow-on series from the bestselling FALLEN IMMORTALS series. It contains sexy hot angels of light and shadow, and only readers over 18 should dip into the sinfully delicious world of the Fallen Angels series.