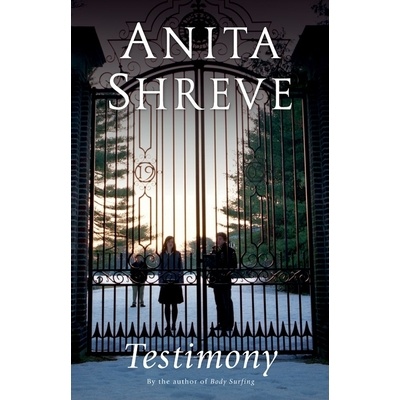 A Pandora's box of revelations, the tape triggers a chorus of voices--those of the men, women, teenagers, and parents involved in the scandal--that details the ways in which lives can be derailed or destroyed in one foolish moment.

Writing with a pace and intensity surpassing even her own greatest work, Anita Shreve delivers in TESTIMONY a gripping emotional drama with the impact of a thriller. No one more compellingly explores the dark impulses that sway the lives of seeming innocents, the needs and fears that drive ordinary men and women into intolerable dilemmas, and the ways in which our best intentions can lead to our worst transgressions.

"Shreve, consummate craftsman and frequent provocateur, is on fire in her latest novel, a mesmerizing read centering on a sex scandal at a prestigious Vermont prep school....Shreve views all of the characters, even the most flawed, with a good deal of compassion, revealing the heartbreaking consequences of a single reckless act."—Joanne Wilkinson, Booklist (starred review)