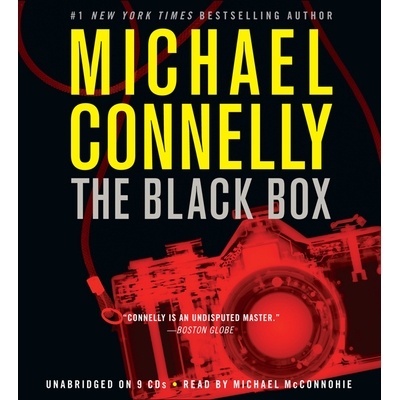 Now Bosch's ballistics match indicates that her death was not random violence, but something more personal, and connected to a deeper intrigue. Like an investigator combing through the wreckage after a plane crash, Bosch searches for the "black box," the one piece of evidence that will pull the case together.

Riveting and relentlessly paced, THE BLACK BOX leads Harry Bosch, "one of the greats of crime fiction" (New York Daily News), into one of his most fraught and perilous cases.

"Bosch is one of the best detectives in crime fiction, and Connelly continues to amaze with his latest effort."—Jeff Ayers, Associated Press
"Connelly is superb at building suspense."—Tom Nolan, Wall Street Journal
PRAISE FOR THE DROP:

"Connelly inherits the mantle of Raymond Chandler.... Their books share a kind of ambitious artistry that strains to reach beyond genre fiction."—Chuck Leddy, Boston Globe