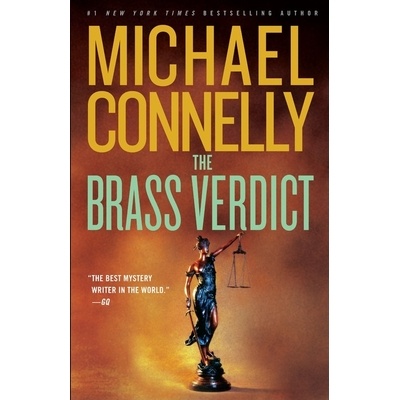 Enter Harry Bosch. Determined to find Vincent's killer, he is not opposed to using Haller as bait. But as danger mounts and the stakes rise, these two loners realize their only choice is to work together.

Bringing together Michael Connelly's two most popular characters, The Brass Verdict is sure to be his biggest book yet.

"Michael Connely's twentieth novel as narrated by newcomer Peter Giles is a humdinger....Gile's hoarse, whispery voice crackles when he's Bosch and is authorative as Haller. Despite their differences, the story resolves in a way that makes listeners eager for the next installment, especially if it's performed by Peter Giles."—AudioFile