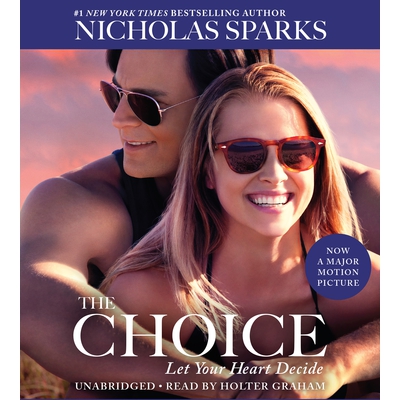 
Gabby, Travis's new neighbor, is in love with her boyfriend of three years, and wants nothing more than to start planning the wedding she's always dreamed about. However, there is a story within a story and the connection between Travis and Gabby is just a beginning. As their tale unfolds, their relationship becomes something different--with much higher stakes. With echoes of THE NOTE BOOK abound, listeners everywhere will fall in love.

Holter Graham gives a polished performance with his versatile skills and vocal range as he embraces the roles of Travis Parker, local veterinarian, and Gabby Holland, physician's assistant. In Part One, Graham captures the exquisite story of their attraction, love, and marriage with a warmth and rhythm that breathes life into the characters. Ten years later in Part Two, Graham portrays Travis's torment when Gabby falls into a coma after a car accident that is his fault. As Gabby fails to recover, Graham captures Travis's conflict over a decision he must make--a decision based on a promise Gabby extracted from him before her life took its tragic turn. A compelling story. G.D.W. © AudioFile 2008, Portland, Maine [Published: APR/ MAY 08]