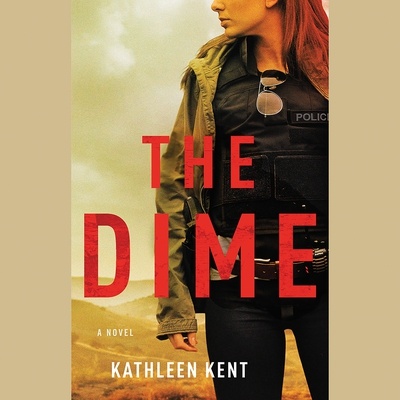 "Gritty and gripping, explosive and emotional, Kathleen Kent's The Dime grabs you from its opening scene and never lets go. Kent tears off the glossy facade of Dallas to show us a dark underbelly of crime. A great start from an exciting new series."
—Jeff Abbott, New York Times bestselling author of The First Order

"I loved The Dime. Betty is my hero. Smart, determined, and so unique. The writing is as smooth as Texas spring water and the story grabs you by the throat and drags you happily through a briar patch of surprise and excitement and leaves you exhausted under the Dallas skyline. More please!"
—Joe R. Lansdale, author of Honky Tonk Samurai

"Smart, gritty, and populated by a rogue's gallery of unforgettable characters, The Dime is relentless. As it races full-bore its way toward a climax that's truly creepy, the best you can do is hang on--and it's a hell of a ride."—Kelly Braffet, author of Save Yourself
"In The Dime Kathleen Kent introduces an exciting new force in the crime thriller world: Detective Betty Rhyzk. You probably can't pronounce her last name but she doesn't give a shit; she'd more likely roundhouse kick you in the ear for your stupidity. Betty comes from a long line of battle-hardened NYC cops but when she dives into the criminal world of Dallas, Texas, Betty quickly realizes that she ain't in Brooklyn anymore. The tension escalates to a shattering, shocking conclusion that will take Betty to the very edge of what she can endure, physically and psychologically. Kent masterfully draws upon the rich tapestry of neo-noir Dallas, a city of grit, glitter, and guns, that hasn't had its proper treatment in contemporary crime fiction. Until now."
—Matthew Bondurant, author of The Wettest Country in the World

"Violent, sexy, and completely absorbing. Kent's detective is Sam Spade reincarnated-as a brilliant, modern woman. . . . The mystery succeeds as both whodunit and as a deeper character-driven novel. Kent neatly balances the tough talk and high body count of a traditional hard-boiled detective novel, reminiscent of Raymond Chandler and Dashiell Hammett, with the modern strength of this complex, flawed, and interesting woman. . . . Every layer of this novel strikes the right note."—Kirkus Reviews (starred)
"Betty is a terrific character . . . A worthy addition to the ranks of strong female detectives."—Booklist
"Outstanding . . . Kent never sacrifices robust characters, or biting humor, during scenes of brutal violence, which, though disturbing, are essential to the rich plot."—Publishers Weekly (starred boxed review)
"[A] gritty series debut . . . This fast-paced, adrenaline-producing suspense novel will appeal to Karin Slaughter fans."—Library Journal