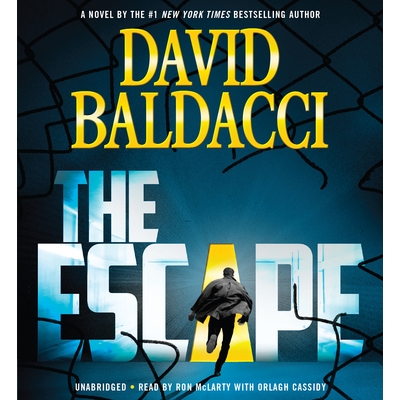 "Readers expect excitement and intrigue in David Baldacci's books, and Zero Day is no exception...As Baldacci's new hero narrowly escapes countless close calls, the pairing of the author's imagination and knowledge create a wild ride for the reader. Puller is gutsy, brash and likable. Best of all, he survives to reappear in the next book of this new series."—The Free-Lance Star on Zero Day
"Another fast paced page turner that will keep you glued to the couch...by an author who continues to standout in the increasingly crowded thriller field."—Examiner.com on The Forgotten
"Baldacci is a master when it comes to writing about small-town conspiracies and a lone hero who fights against all odds to clean up corruption. The narrative moves slowly, so the reader has a chance to solve the case along with Puller. It might seem straightforward, but the final reveal will surprise even hardcore thriller junkies."—The Washington Post on The Forgotten
"Baldacci has crafted another terrific tale with two great protagonists. Just when the story line seems to veer into familiar areas, Baldacci steers it into another shocking direction. This is the best book yet in the series."—Associated Press on King and Maxwell
"David Baldacci's latest thriller is not only highly relevant, it is also well timed. And the details seem so real that it's hard not to wonder if the author is an insider; the tone is that authentic. An absolute page-turner, King and Maxwell is Baldacci at the pinnacle of his game."—BookReporter.com
"Zero Day is a nifty, paranoid thriller disguised as a murder mystery, and Baldacci advances it at a speedy clip with a nice mix of intrigue, tantalizing clues and the occasional explosion...Baldacci's books are fast-paced battles between good and evil."—Richmond Times Dispatch on Zero Day