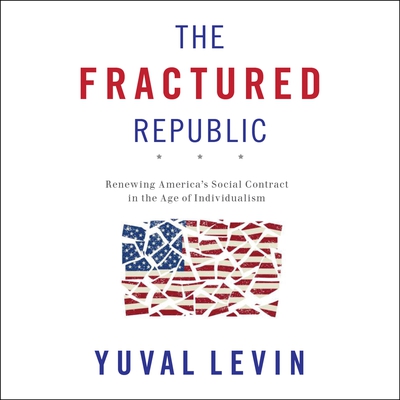 [Yuval Levin] explains the illusory appeal of nostalgia-driven politics in the United States, the kind that Trump strokes in coarse, simplistic terms. More important, [Levin] offers a path forward for the American right after this campaign, whether it is adjusting to life in Trump's America or coping again with another electoral setback.—Washington Post
Compelling... Yuval Levin has written an incisive and irenic critique of contemporary American society, together with a series of reflections that offer a way forward without trafficking in the false hope of 'solutions.' That he has done so in fewer than 250 pages of clear, well-organized prose ought to make the book famous for a generation. Maybe, in time, we can stop asking why the former days were better than these.—Wall Street Journal
There are just a few essential reads if you want to understand the American social and political landscape today... Today, I'd add Yuval Levin's fantastic new book, The Fractured Republic... I learned something new on every page.—New York Times, David Brooks