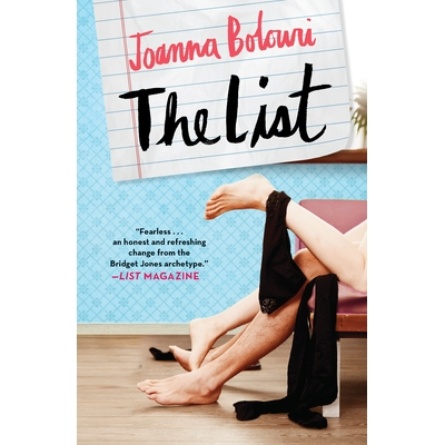 Faced with another year without love, Phoebe confronts her fears and decides to forgo romantic love altogether. She comes up with The List: ten things she's always wanted to do in bed but has never had the courage to try. One year of pleasure, no strings attached. Simple, right? In a chaotic, embarrassing, exhilarating, and ultimately transformational year of self-discovery, Phoebe finds surprises, friendship, confidence, and even love, through good and bad sex.

"A very naughty but nice read that will have you gasping at Phoebe's antics one minute and laughing out loud the next."—Abby Clements, author of Vivien's Heavenly Ice Cream Shop
"Sexy, smart and scandalous, The List charts one woman's odyssey through her bedroom blind-spots--and what a ride it is! Funny and frisky, I'd recommend to anyone with a taste for adventure."—Victoria Fox, author of Temptation Island
"Highly entertaining, heart-warming, with a good dose of smut. A sexy read that will have you wondering about your own list."—Anna Bell, author of Don't Tell the Groom