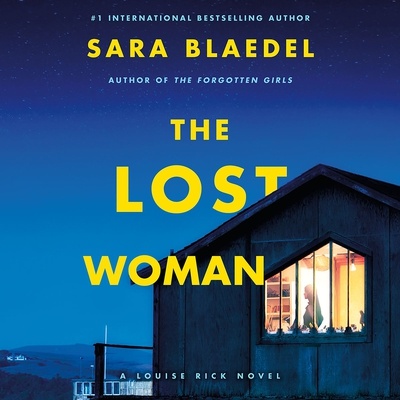 A housewife is the target of a shocking, methodical killing. Shot with a hunting rifle through her kitchen window, the woman is dead before she hits the ground.

Though murdered in England, it turns out that the woman, Sofie Parker, is actually a Danish citizen who's been on the Missing Persons list for almost two decades-so Louise Rick is called on to the case. Then, in an unexpected twist, the police discover that Sofie had been reported missing eighteen years ago by none other than Eik, Louise Rick's police colleague and lover.

Impulsive as ever, Eik rushes to England, and ends up in jail on suspicion of Sofie's murder. Completely blindsided by Eik's connection to the case, Louise is thoroughly unsettled and sick with worry, yet she must set aside her own emotional turmoil if she hopes to find the killer in what will become her most controversial case yet...

"Tautly suspenseful and sociologically fascinating."—BookPage on The Forgotten Girls

"Tightly knit."—Kirkus Reviews on The Forgotten Girls
"One of the best I've come across."—Michael Connelly
"Crackling with suspense, atmosphere, and drama, THE FORGOTTEN GIRLS is simply stellar crime fiction. I loved spending time with the tough, smart, and all-too-human heroine Louise Rick--and I can't wait to see her again."—Lisa Unger
"Blaedel delivers another thrilling novel...Twists and turns will have readers on the edge of their seats waiting to see what happens next."—RT Book Reviews on The Killing Forest
"Sara Blaedel's THE FORGOTTEN GIRLS is an emotionally complex police-procedural thriller ...With a gripping premise, fast-paced narrative and well-developed characters, THE FORGOTTEN GIRLS is an incredible read."—FreshFiction.com
"Another suspenseful, skillfully wrought entry."—Booklist on The Killing Forest
"For readers who gorge on captivating characters and chilling suspense, THE FORGOTTEN GIRLS is a tantalizing treat. Enjoy yourself, America."—Sandra Brown on The Forgotten Girls
"Sara Blaedel is a force to be reckoned with. She's a remarkable crime writer who time and again delivers a solid, engaging story that any reader in the world can enjoy."—Karin Slaughter
"Engrossing...Blaedel nicely balances the twisted relationships of the cult members with the true friendships of Louise, Camilla, and their circle."—Publishers Weekly on The Killing Forest
"Sara Blædel is at the top of her game. Louise Rick is a character who will have readers coming back for more."—Camilla Läckberg
"Will push you to the edge of your seat [then] knock you right off....A smashing success."—BookReporter on The Killing Forest
"This is a standout book that will only solidify the author's well-respected standing in crime fiction. Blaedel drops clues that will leave readers guessing right up to the reveal. Each new lead opens an array of possibilities, and putting the book down became a feat this reviewer was unable to achieve. Based on the history of treating the disabled, the story is both horrifying and all-to-real. Even the villains have nuanced and sympathetic motives."—RT Times on The Forgotten Girls - Top Pick **Nominated for a Reviewer's Choice Award**
"Gripping."—Washington Post on The Forgotten Girls
"Chilling...[a] swiftly moving plot and engaging core characters."—Publishers Weekly on The Forgotten Girls
"Crime-writer superstar Sara Blaedel's great skill is in weaving a heartbreaking social history into an edge-of-your-chair thriller while at the same time creating a detective who's as emotionally rich and real as a close friend."—Oprah.com
"Blaedel solidifies once more why her novels are as much finely drawn character studies as tightly plotted procedurals, always landing with a punch to the gut and the heart."—Library Journal (STARRED REVIEW)