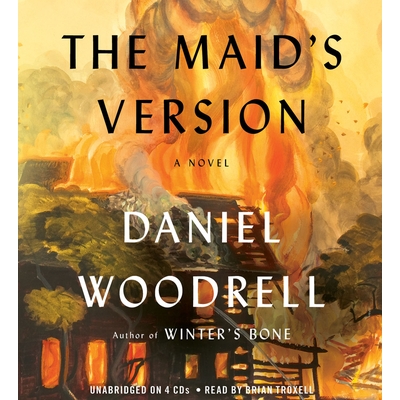 Alma DeGeer Dunahew, the mother of three young boys, works as the maid for a prominent citizen and his family in West Table, Missouri. Her husband is mostly absent, and, in 1929, her scandalous, beloved younger sister is one of the 42 killed in an explosion at the local dance hall. Who is to blame? Mobsters from St. Louis? The embittered local gypsies? The preacher who railed against the loose morals of the waltzing couples? Or could it have been a colossal accident?

Alma thinks she knows the answer-and that its roots lie in a dangerous love affair. Her dogged pursuit of justice makes her an outcast and causes a long-standing rift with her own son. By telling her story to her grandson, she finally gains some solace-and peace for her sister. He is advised to "Tell it. Go on and tell it"-tell the story of his family's struggles, suspicions, secrets, and triumphs.

Praise for Winter's Bone:
"If William Faulkner lived in the Ozark Mountains today and wrote short, powerful novels set in that little understood, much-maligned swath of rural America, he might sound a lot like Daniel Woodrell."—Los Angeles Times Book Review
"In prose both taut and lyrical, Winter's Bone vividly evokes the spirit of one little woman warrior."—Edna O'Brien