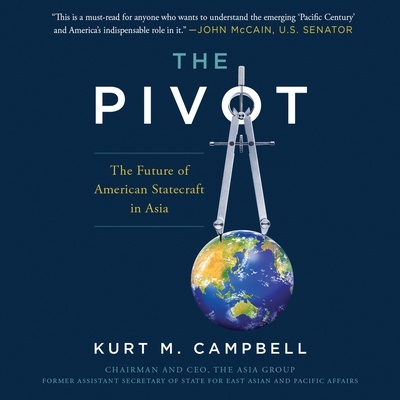 There is a quiet drama playing out in American foreign policy far from the dark contours of upheaval in the Middle East and South Asia and the hovering drone attacks of the war on terror. The United States is in the midst of a substantial and long-term national project, which is proceeding in fits and starts, to reorient its foreign policy to the East. The central tenet of this policy shift, aka the Pivot, is that the United States will need to do more with and in the Asia-Pacific hemisphere to help revitalize its own economy, to realize the full potential of the region's dramatic innovation, and to keep the peace in the world's most dynamic region where the lion's share of the history of the twenty-first century will be written.

This book is about a necessary course correction for American diplomacy, commercial engagement, and military innovation during a time of unrelenting and largely unrewarding conflict. While the United States has intensified its focus on the Asia-Pacific arena relative to previous administrations, much more remains to be done.

THE PIVOT is about that future. It explores how the United States should construct a strategy that will position it to maneuver across the East and offers a clarion call for cunning, dexterity, and ingenuity in the period ahead for American statecraft in the Asia-Pacific region.