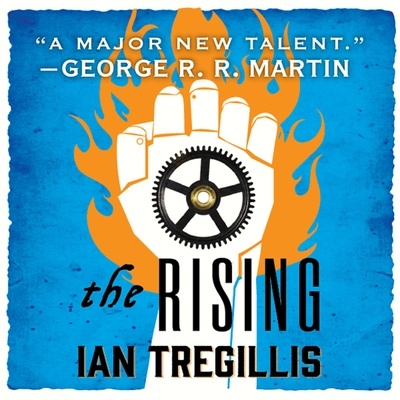 "The first thing readers will say after finishing this splendid book is: 'Wow.' The second thing will probably be: 'When can I read the next one?'"—Booklist on The Mechanical
"A major talent."—George R.R. Martin on Bitter Seeds
"Superb alternate history filled with clockwork men and ethical questions on the nature of free will. ... Tregillis's complex setting is elegantly delivered, and the rich characters and gripping story really make this tale soar."—Publishers Weekly on The Mechanical
"Tregillis presents a fascinating look at the nature of free will and the existence of the soul, wrapped up in an absolutely thrilling adventure story. Jax is an amazing, sympathetic character, and the world of the clockmakers and their slaves is so absorbing that readers will be dying for the next entry in this new series."—Library Journal on The Mechanical