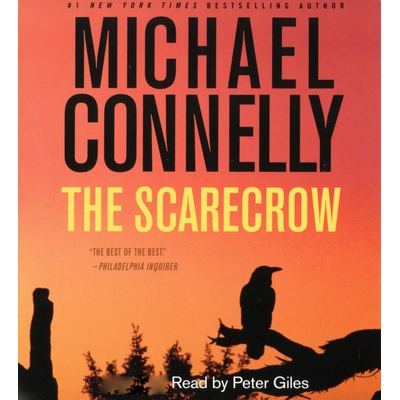 He focuses on Alonzo Winslow, a 16-year-old drug dealer in jail after confessing to a brutal murder. But as he delves into the story, Jack realizes that Winslow's so-called confession is bogus. The kid might actually be innocent.

Jack is soon running with his biggest story since The Poet made his career years ago. He is tracking a killer who operates completely below police radar--and with perfect knowledge of any move against him. Including Jack's.

"Narrator Peter Giles delivers the crisp and compelling copy with a deadpan tone and a pace that advances like Patton through Italy. Scenes involving the stalking of McEvoy and Walling raise hairs at the back of the listener's neck. Great characters and a satisfying ending cement Connelly's place as one of the best crime novelists working today."—AudioFile