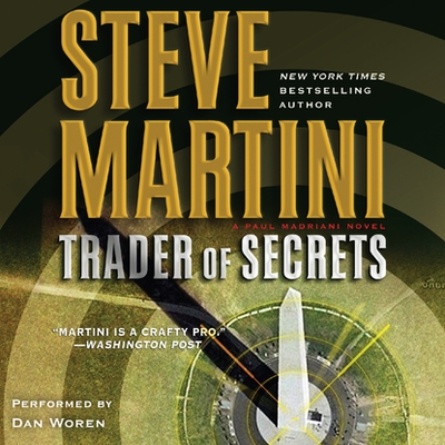 Defense attorney Paul Madriani is embroiled in a case as perilous as any he has ever faced—one that involves an angry killer who will stop at nothing short of vengeance ...

Defense attorney Paul Madriani is embroiled in a case as perilous as any he has ever faced—one that involves an angry killer who will stop at nothing short of vengeance and two missing NASA scientists who are holding secrets that a hostile government desperately wants to purchase—in blood if they must.

Madriani's daughter, Sarah has evaded the man known as Liquida, and is being kept under armed guard for her own safety. But one morning Sarah slips her ring of protection. What she doesn't know is that her assailant is at this very moment waiting patiently outside in the dark. At the same time, in California two men in a parked car argue over millions in cash that could be slipping through their fingers and a scheme involving government technology-for-sale that could rock the world.

Paul Madriani, his companion Joselyn Cole and his long-time law partner Harry Hinds, track Liquida not knowing that their quest will carry them deep into the vortex of international terror. It is a journey that will lead them toward a bizarre and cruel twist of nature—and the ultimate weapon of mass destruction. Madriani and his party race against time to find Liquida and the scientist who is the "trader of secrets" before he can unleash the weapon that can set the world ablaze.