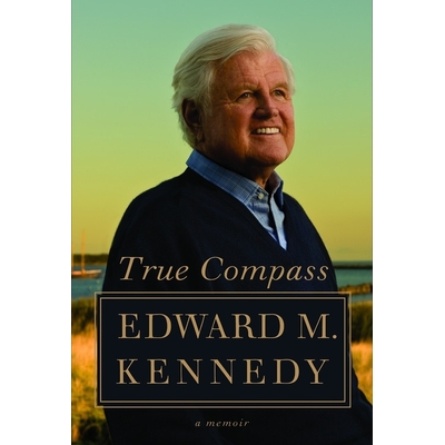 The youngest of nine children born to Joseph P. Kennedy and Rose Fitzgerald Kennedy, he came of age among siblings from whom much was expected. As a young man, he played a key role in the presidential campaign of his brother, John F. Kennedy. In 1962, he was elected to the U.S. Senate, where he learned how to become an effective legislator.

His life has been marked by tragedy and perseverance, a love for family and an abiding faith. He writes movingly of his brothers and their influence on him; his years of struggle in the wake of their deaths; his marriage to the woman who changed his life, Victoria Reggie Kennedy; his role in the major events of our time (from the civil rights movement to the election of Barack Obama); and how his recent diagnosis of a malignant brain tumor has given even greater urgency to his long crusade for improved health care for all Americans.

Written with warmth, wit, and grace, True Compass is Edward M. Kennedy's inspiring legacy to readers and to history.

"In bringing Kennedy's sweeping memoir to life, John Bedford Lloyd conveys an intimacy and sincerity that allows for reverence without idolatry...Bonus features include a video interview, largely a summary of the book's contents, though still priceless from the standpoint of historical posterity. The PDF of photographs offers a rather impressive visual resource spanning the time period of Kennedy's narrative."—Publishers Weekly