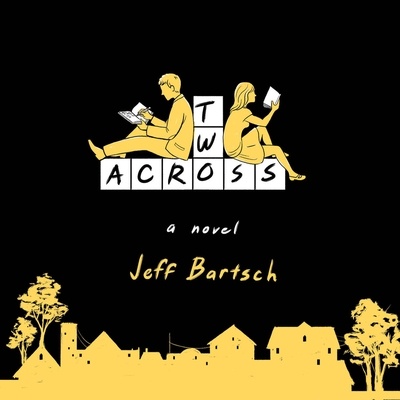 "I fell in love with TWO ACROSS twenty seconds into the first page, and I swear-with my right hand raised and my left on a Jane Austen novel-that with this book you'll meet your new favorite author. His warmth and wit remind me of Laurie Colwin and the other best practitioners of smart romantic comedy. I wish I'd written this wonderful novel. Well, first I'd have to be as good as Jeff Bartsch."—Elinor Lipman, author of The View from Penthouse B and The Inn at Lake Devine
'What a quirky, witty, wonderful read. I ignored my family for the better part of a beach vacation because I couldn't bear to put down this gem of a book. Jeff Bartsch is an immensely talented writer, and I plan to be first in line to buy whatever it is he publishes next."—Cristina Alger, author of The Darlings