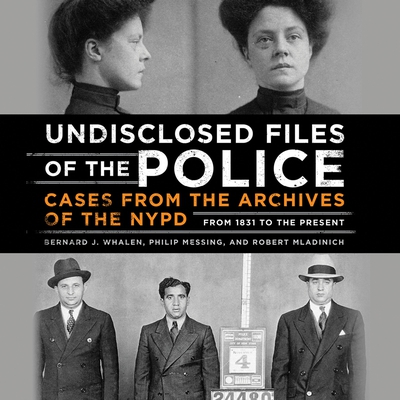 Undisclosed Files of the Police has something for every crime aficionado, from Mafia buffs to those who are captivated by headline grabbing trials.—Anthony M. DeStefano, Newsday
"An extensive buffet of New York City's real crime history, served up in spicy bite-sized portions."—Raymond W. Kelly, Former NYC Police Commissioner


"Fact rivals fiction in this gritty, well-researched collection, an insiders' look at more than 175 years of New York's most infamous crimes. The authors - NYPD Lieutenant Bernand Whalen, crime reporter Philip Messing and retired Detective, Robert Mladinich -- have detailed a history of many of the city's most notorious and zaniest capers."—Nicholas Pileggi, author of the bestsellers Casino and Wiseguy
True-crime buffs should be sated by this morbid peek into the past.—The Village Voice
New York characters galore, both good guys and gangsters, leap from the pages of Undisclosed Files of the Police.—Sam Roberts, The New York Times
Complete with incredible photographs, the book is a perfect gift for anyone with a love of true crime or New York history.—Noah Cruickshank, Shelf Awareness