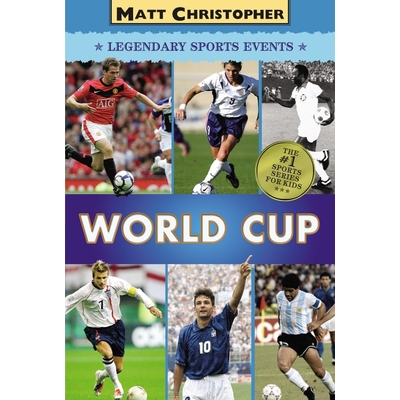 Want to know who was behind the biggest surprise defeat of the 1950 tournament? It's in here. Curious about what happened to the Jules Rimet trophy when it was in England? Turn to the chapter on World Cup 1966. Wondering what the term Total Football means? You'll find the answer here -- along with much, much more, including a bonus chapter on the Women's World Cup and lists of winners, runners-up, and scores of past Cups. And because it all comes from Matt Christopher, young readers know they're getting the best sports writing on the shelf.

"This fast-paced, informative book is perfect for those of ANY age who want to learn about the world's most popular sport....Narrator Joshua Swanson's enthusiasm keeps listeners engaged even amid the book's many facts and figures. Further, he perfectly conveys the game's highly charged excitement, fever-pitched triumphs, and extreme disappointments."—AudioFile